Burna Boy who is now widely regarded as the ‘African Giant ‘has undoubtedly been making huge strides in the entertainment industry as his career has seen a great leap in recent times.

Burna was one of the six Nigerian artistes to be featured on Beyonce’s latest album, Lion King: The Gift. The track he featured on is titled Ja ra e.

The singer has now been recognized by the Recording Academy, also known as the Grammys.

In a new tweet, the academy explained that Burna Boy is steadily ascending as a globally-loved superstar. They wrote:

.@burnaboy is steadily ascending as a globally-loved superstar, with his smooth, rich vocals and infectious beats that blend traditional Afrobeat, dancehall, hip-hop, trap, and more.https://t.co/8j4ipgrJ98 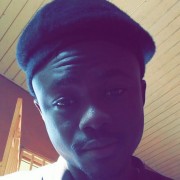 Salma Mumin Accuses MTN Workers For Stealing Her Ghc 10,000 That Was Withdrawn From Her Momo Account

Go to the Arqam options page to set your social accounts.