A Ghanaian rap artist Jason Gaise popularly known as Pappy Kojo has revealed on a national television that he’s gay.

He made this statement during a live interview with Giovanni Caleb on showbiz 360 after being asked about his romantic relationship with Yvonne Nelson, of which he denied and said boldly that “I’m gay! I’m a homosexual man” and then he giggled. 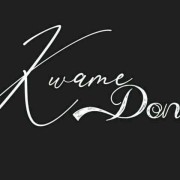 Becca fails to show up for her mum’s burial because of 1.....

Ignatius Annor – “I Was Gay, I am Gay and I Will Forever Be Gay”