A historic moment without award as a Ghanaian man reveals he has sucked over 16000 b00bs of women in life. In recent times, a Ghanaian man has disclosed that he has clinical expertise in sucking and deserves a Ballon D’or for it. An amusing Ghanaian man said that in his entire life, he has sucked over 16000 b00bs of women. Also Read He practically made it clear that since every female has two b00bs, he has sucked about 16000 of them. If we are to go by single b00bs, he has sucked over 32000 and as well slept with 32000 women and over. This man, made these statements live on the radio. These statements he made really surprised the radio host who questioned him, according to the video circulating online. On Kumasi-based Angel FM, hosted by star radio personality Ike De Unpredictable, he made the shocking revelation. The anonymous man further claimed that the moment he enters into a relationship with a lady, he makes sure he chops her. In cases where he cannot chop, the very least he does is suck the lady’s b00bs. Netizens have wondered which kind of job he does to get time for 16000 b00bs. Well, we believe this is for another day… Watch the video here 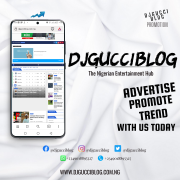 Kanye West bought a house across Kim Kardashian for THIS reason