The Super Clash also known as Ghana’s version of the El Classico comes off this Sunday, April 10th 2022 at the Baba Yara sports stadium in Kumasi.

The first league ended in a goalless draw at the Ohene Gyan Sports Stadium in Accra early this year. The two most successful clubs in the country are set to battle it out again this season for 3 points and also the bragging rights.

With Hearts of Oak already beating Kotoko for this year’s President Cup, the Phobians are very hopeful of beating the porcupine warriors once again.

The last 5 super clash meetings between both sides at the Baba Yara sports stadium have also not been a good one for Kotoko as they’ve lost twice and drew thrice.

Hopefully, the match lives up to the hype as usual. 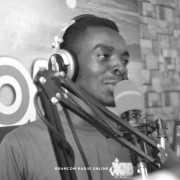